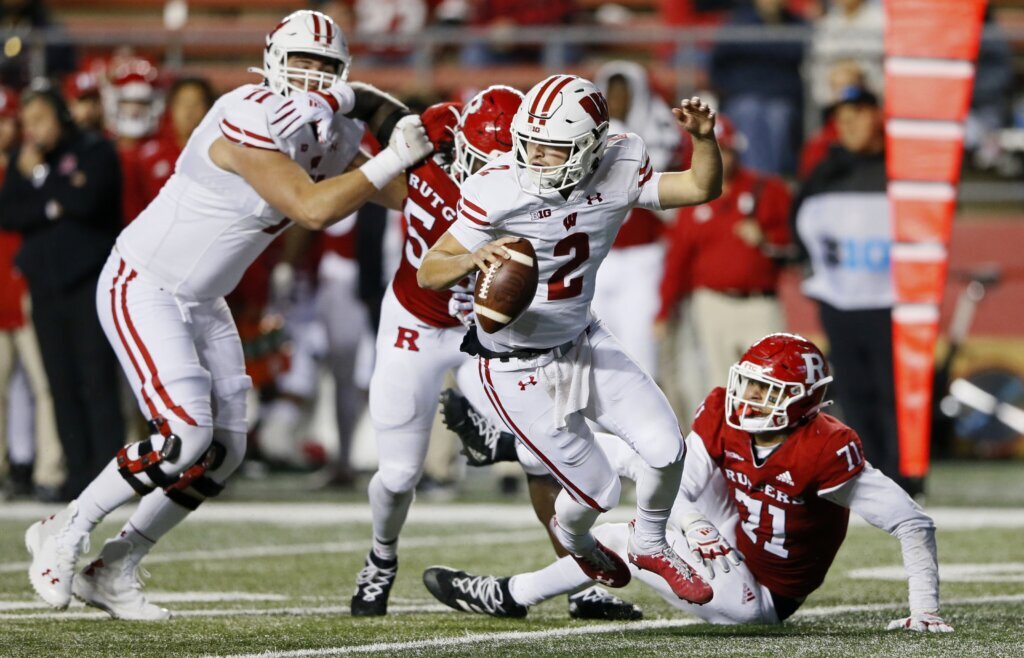 Backup quarterback Chase Wolf injured his right leg last week and is out for an indefinite length of time. That leaves starter Graham Mertz as the only available Wisconsin quarterback who has taken a snap in a college game.

“Just offering up all my prayers to him,” Mertz said Monday. “He’s in surgery probably here in a little bit. Obviously, you never want to see your buddy go down.”

“I couldn’t sit here right now and tell you who’s further ahead or not,” Chryst said.

Chryst did note that Hill “certainly has had more overall reps.”

“You feel terrible for him because I really liked what he was doing in camp,” Chryst said Monday. “The one thing I know is Chase will stay in it. When he can get back, he’ll be ready to go.”

Mertz said the lack of experience behind him won’t impact his approach on the field.

“It doesn’t affect any how I play,” Mertz said. “I don’t think it should.”

“You’re seeing a guy that’s gone through all that and has found a way to keep coming out the other end,” Chryst said. “If you can do that and learn from it, that’s a good thing. I’ve loved the way he’s approached that.”

Blaylock had 21 tackles last season and was expected to have a bigger role this year until he got hurt in spring practice. The Badgers have since added Utah transfer Kamo’I Latu to boost their safety depth behind starters John Torchio and Hunter Wohler.