Would you move to Mars for your job? Signature Theatre stages ‘No Place to Go’ 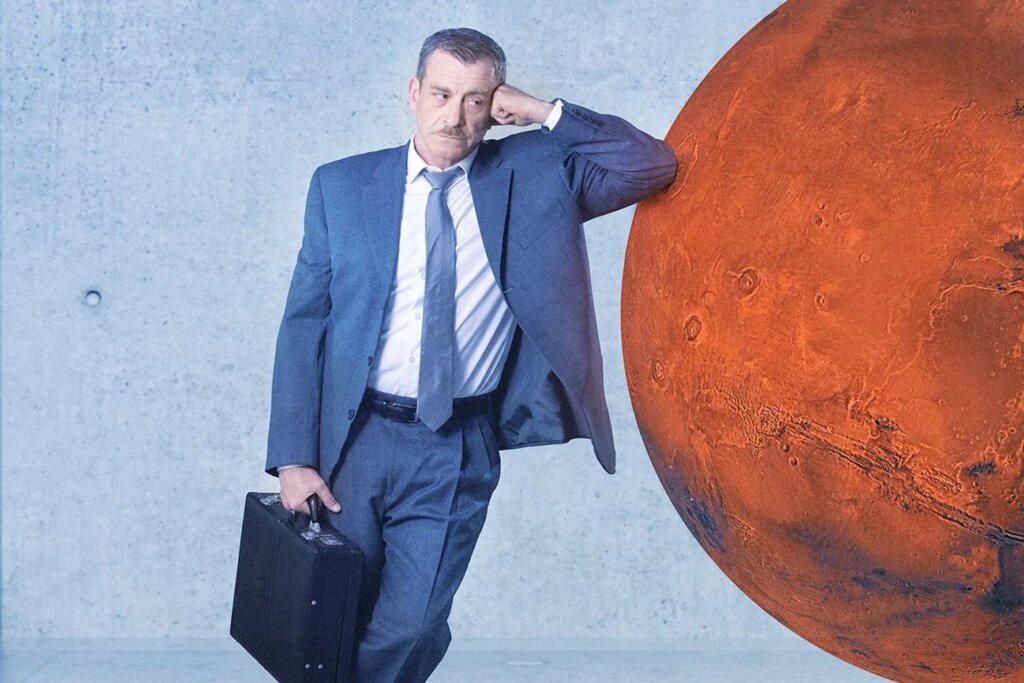 How far would you be willing to move for your job? How about Mars? That’s the premise of Ethan Lipton’s musical “No Place to Go.”

How far would you be willing to move for your job? Across the world? How about Mars?

That’s the premise of Ethan Lipton’s musical “No Place to Go,” which makes its D.C. premiere at the prolific Signature Theatre in Shirlington, Virginia, from Aug. 30 to Oct. 16.

“It’s a really crazy, wonderful story that’s a little absurd and a little heartwarming,” Actor Bobby Smith told WTOP. “It ultimately talks about art in general and what people to do be an artist, to survive being an artist, and it’s really a touching and funny piece. … It’s got a lot of metaphors in it, a lot of comments on America and corporations and people.”

The story follows George, a corporate “information refiner” who learns that his company is moving to a very remote location on Mars. He must decide whether to uproot his family and give up his true passion as a playwright and a composer in New York City.

“It’s George trying to deal with how he’s going to maintain his apartment, his wife, his cats and dogs, and his career in the arts when his job goes away,” Smith said. “In this absurdist take: you can move with your job to Mars and keep making the same money and leave your family behind, or you can stay in New York City and try to be an artist without a job.”

Rather than a typical musical, it’s “more like a play with songs,” including soul, country and blues numbers that aren’t always addressed to people. “He sings a blues song to his job … ‘I know you’re sorry that you’re going away, leaving me,’ this tongue-in-cheek quality.”

As for the title, a monologue insists, “Everybody needs a place to go.” Smith says that not only means a place to work, but also a “place to feel worthy, a place that gets you away from your family for a second so you can breathe and work, then you go back home and you’re fresh again. … That’s one of the reasons this show is going to speak to people.”