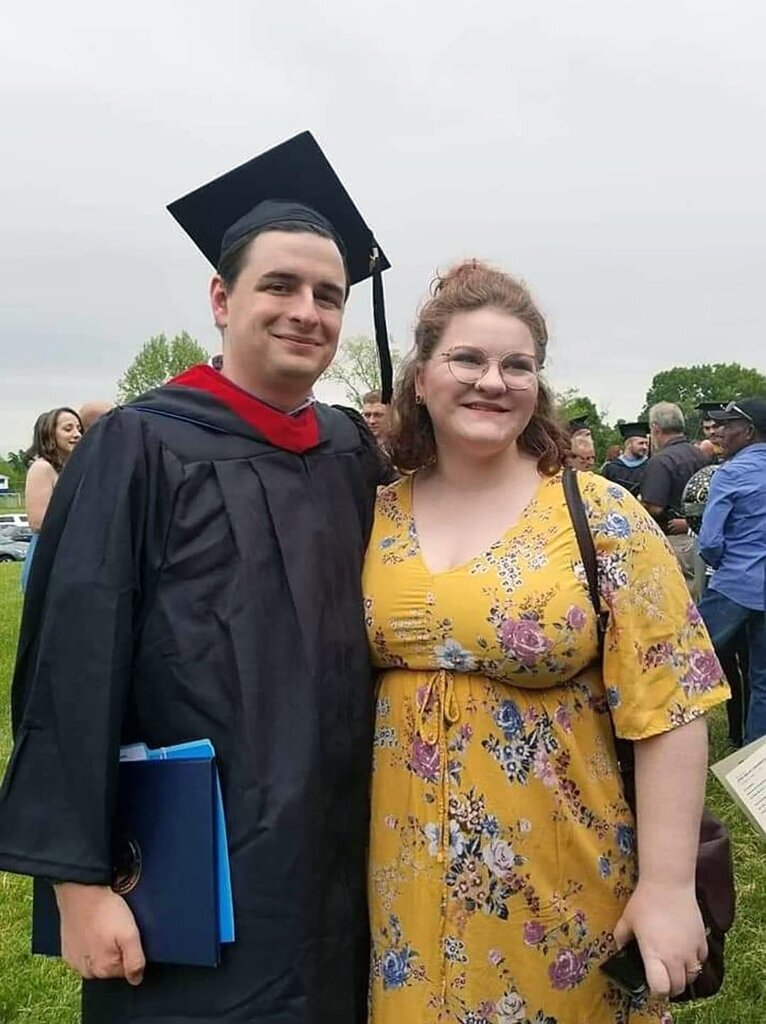 CHARLESTON, W.Va. (AP) — Holly Martin had just been offered her dream job as a school guidance counselor and was…

CHARLESTON, W.Va. (AP) — Holly Martin had just been offered her dream job as a school guidance counselor and was on track to earn her second master’s degree when she got alarming news: State officials in Washington, where she lives, hadn’t received her undergraduate transcript.

Without it, they said she couldn’t receive her professional license, putting her job at risk.

She learned that Ohio Valley University, where she had graduated with a psychology degree in 2016, had not been returning transcript requests. She tried desperately to contact the school. She never heard back.

Hundreds of graduates of the private Christian university in northwestern West Virginia — which abruptly closed in December 2021 and filed for bankruptcy — have found themselves in similar circumstances as they apply for jobs or other opportunities.

The closure announcement said a group of employees would manage academic records, but that group later said top officials provided no guidance. Then, last week, a post on a Facebook page created to provide updates after the school’s closure said providing transcripts isn’t possible because the system had been hacked and its files were deleted.

It’s unclear who put out the post on Facebook, and those assertions could not be confirmed. Shortly after, the account was deleted. But in the meantime, testaments to six decades of scholarly achievement appear to be beyond the reach of the students who went there.

When colleges shut down for good, they often transfer their academic records to state education officials for safekeeping, said Barmak Nassirian, vice president for higher education policy at Veterans Education Success, an advocacy group in Washington, D.C. He said there should be a duplicate copy kept somewhere. If that didn’t happen in this case, it’s unclear what recourse students might have.

The announcement sparked panic among former students. Martin still has around $22,000 in student loan debt, and said it’s painful to think the career she’s worked so hard to build could be denied because of something beyond her control.

“It feels like a slap in the face — here I am paying student loans on a degree that I can’t even prove I have,” said Martin, who already earned her master’s in family studies and is working full time while finishing her master’s in school counseling. “I’ve worked very hard for these career goals and spent a lot of time and money on my education. To have it completely discounted is just heartbreaking.”

Martin said she was able to get a conditional license from the state to work as a counselor for at least a year while she tries to track down her transcript, after the school district where she managed an early learning program vouched for her. “It’s scary to think that in a year, I might not have a job anymore.”

Former OVU officials haven’t commented on the transcripts issue. Former president Michael Ross and other university officials did not respond to emails and phone messages seeking comment for this story. The university’s phone line has been disconnected.

“If true, this is a tragic situation for the former students and alumni of Ohio Valley University,” Jessica Tice, spokesperson for the West Virginia Higher Education Policy Commission, said in a statement. “OVU was a private institution that operated in the state of West Virginia and was entirely and independently responsible for protecting student records.”

The oversight commission is providing letters former OVU students can send to schools or employers verifying that the school has closed and can’t provide transcripts, but can do little more other than connect them with former OVU staff members, Tice said.

Students are pushing for more action from the state and the Higher Learning Commission — a regional organization that accredits schools so they can get access to federal funding — which shared responsibility for overseeing Ohio Valley for decades, saying there must be something they can do. Accreditors are supposed to make sure colleges and universities have plans to safeguard their academic records forever.

Kate Davis, who graduated with honors in 2018, said she needs her transcript to apply to become an officer in the U.S. military. Not having it has already hindered efforts to apply to graduate school, and she does not feel like she has a clear path forward.

She said problems accessing signed and sealed official academic records predated OVU’s closure. She put in dozens of requests and received just one, after her father drove more than an hour to obtain it in person.

“It’s stopping our lives,” said Davis, a psychology major in Columbus who works two jobs — one as a paramedic and another at State Farm.

Ohio Valley University opened in 1960, integrating education with Christian teachings. By 2020, with enrollment down to 233 students, it was put on academic probation due primarily to financial concerns. In December 2021, after failing to pay its staff for months, the school’s Board of Directors voted to close the college, and the state revoked its authority to grant degrees.

Sydnee Shipley, a 2019 graduate from Kansas, said that as members of the Churches of Christ, she and her husband were drawn by the school’s commitment to faith-based mission work.

Shipley, who studied business administration, was able to get her transcripts, earn a master’s degree and now works as a project coordinator for an elevator inspection company. But her husband, Jared, who studied to be a pastor, still has not received his records. They had to move in with his parents in Houston, and he’s paying off $65,000 in undergraduate loans while working for a restaurant chain.

“I think one of the hardest things about a lot of this for so many of the Christian students is that all this harm was done by people who are a part of our church,” she said. “And that’s the very last thing that’s supposed to happen.”