Yankees reliever Chapman out with infection from tattoo 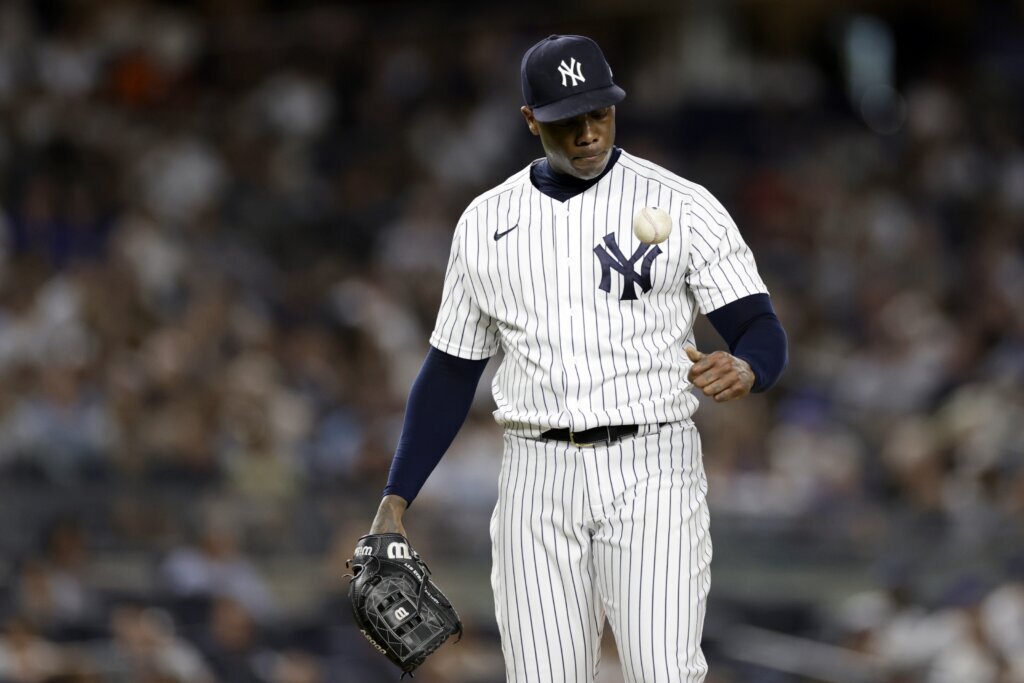 OAKLAND, Calif. (AP) — New York Yankees reliever Aroldis Chapman will be placed on the injured list after getting an…

OAKLAND, Calif. (AP) — New York Yankees reliever Aroldis Chapman will be placed on the injured list after getting an infection in his leg from a recent tattoo.

Manager Aaron Boone said before Saturday’s game against the Oakland Athletics that Chapman felt irritation in the leg on Thursday after getting the tattoo earlier in the week. The seven-time All-Star stayed back at the team hotel Friday and Saturday receiving antibiotics and getting treatment.

Chapman hasn’t pitched since Aug. 19 when he allowed one run in one-third of an inning against Toronto. Boone said Chapman had been available to pitch until Thursday when the leg started bothering him just before the start of the series opener against the A’s.

Boone said he doesn’t expect this to be a long-term issue but needs to wait to get a better sense of how much time Chapman will miss.

“Hopefully he’s good in several days,” Boone said. “We just have to get our arms around it. It got a little bit worse over the last few days.”

Boone said he didn’t have a problem with Chapman getting a tattoo during the season.

“It’s hard for me. I don’t have tattoos. That’s a personal choice,” Boone said. “This is more of an unfortunate situation that turned into an infection. My focus is on trying to get him right.”

Chapman was shaky early this season and was replaced as the Yankees’ closer after missing nearly six weeks with tendinitis in his left Achilles. He is 2-1 with a 5.40 ERA in 19 appearances since returning in early July, with 20 strikeouts in 16 2/3 innings.

The veteran left-hander is 2-3 with a 4.70 ERA and nine saves in 36 appearances this year.

The Yankees didn’t make an immediate corresponding roster move because they couldn’t get anyone out to the West Coast by Saturday. Boone expects to add an additional player in the next day or two.