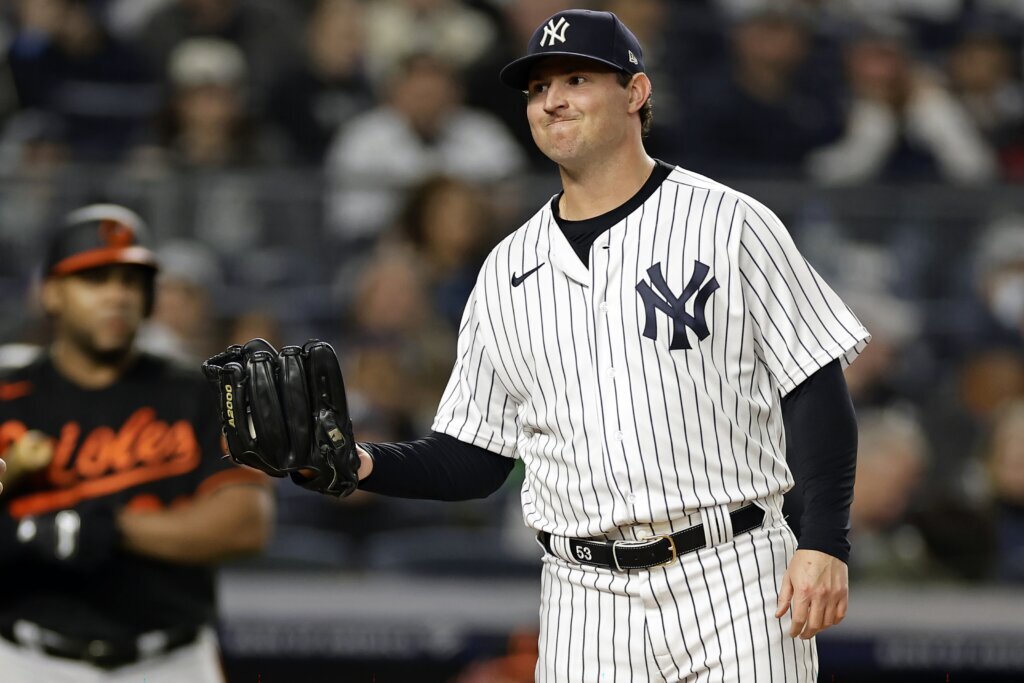 Boone also revealed postgame that right-handed reliever Clay Holmes had injection in pitching shoulder and is unlikely to pitch again during the regular season.

The Yankees have won the AL East and start the playoffs on Oct. 11 at home in the Division Series.

The 34-year-old Britton entered with two on and no outs in the sixth inning, and the score tied at 1. He walked Gunnar Henderson, then threw a pitch high and outside to pinch-hitter Jesús Aguilar and failed to cover the plate.

Britton was replaced by Ron Marinaccio. Under baseball’s rules, a pitcher must face three batters or complete a half-inning, but he can be replaced earlier if hurt.

A two-time All-Star, Britton was operated on by Los Angeles Dodgers team physician Dr. Neal ElAttrache on Sept. 8 last year. Britton had the UCL in his left elbow reconstructed and also had a bone chip removed.

He made eight minor league injury rehabilitation appearances from Aug. 24 through Tuesday, allowing one run and eight hits in 6 2/3 innings for Class A Tampa, Double-A Somerset and Triple-A Scranton/Wilkes-Barre.

Britton returned to the major leagues on Sept. 24 against Boston and also pitched Wednesday at Toronto. He got one out in each appearance but had trouble with control, walking five.

Britton has 154 saves in 11 major league seasons and is eligible for free agency after the World Series.